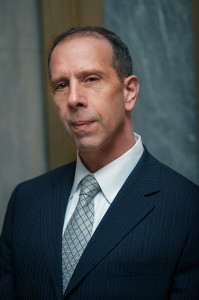 Philip Monier has represented catastrophically injured victims of others’ carelessness and negligence for over 20 years, obtaining over $100 million dollars, including numerous million dollar and multi-million dollar verdicts and settlements, to compensate them and their families.   Philip has been named as having some of the highest settlement and verdicts over the years, including the second highest premises liability settlement in 2013 in the State of New York, as reported by the New York Law Journal.  Some of his results have included obtaining over $2.5 million dollars for a man who had been poisoned at work by chemicals that he worked with, $1 million for a young girl injured as the result of police brutality, $950,000 for a young woman injured in an elevator accident, $3 million for a child who had been lead poisoned, $2 million for a woman who was injured as the result of medical malpractice, and $1 million for a man hit by a car in a supermarket parking lot, to name a few.   Through his efforts, Philip was able to obtain life-improving results that would help his clients and their families well into the future.  After 22 years he set out to start his own law firm determined to continue to provide the same quality legal services to his clients that he had throughout his career.

The Monier Law Firm was founded by Philip as a boutique law firm dedicated to provide personalized, individualized and aggressive representation to those seriously injured through the fault of another’s carelessness or negligence with five basic principles that have guided him throughout his legal career:

It is these five principles that have led to the results he has obtained for hundreds of clients in New York and New Jersey over the years.

Philip graduated from St. John’s University, School of Law, cum laude, in 1991 where he served on The St. John’s Law Review and was a recipient of the St. Thomas Moore Scholarship.  He’s had the honor of interning with United States federal judges sitting in the Souther District of New York, the United States Court of International Trade, and, by designation, the Circuit Courts of Appeals.  He is a member of the New York Trial Lawyers Association, New Jersey Association for Justice and the American Bar Association.  He has appeared on local and national news programs on ABC, NBC and CBS, and has been quoted and covered in major New York newspapers, as well as legal verdict result publications.   In addition to the  success he has enjoyed at the jury trial level, he has helped shaped decisional law  for almost twenty-five years, successfully arguing cases before appellate courts in state and federal courts in New York and New Jersey, which have resulted in decisions which lower courts have since been required to follow.  In addition to handling cases in New York and New Jersey, he has handled matters for clients internationally, as far away as the Dominican Republic, and has been specially admitted to represent clients in cases in jurisdictions such as Delaware, Vermont, and Connecticut.

If you or a member of your family has been injured as the result of an accident, then you are going through a situation that is difficult, painful and at times uncertain.  More often than not, pain, disability, lost income, and other life altering consequences follow as a result of being seriously injured in an accident.  Each person we speak with is provided our experience, dedication, compassion, and personalized service .

New York, New York.  MONIER LAW Personal Injury Lawyer, PHIL MONIER, obtained a $2.8 Million Dollar verdict after a three week trial in the Supreme Court of the State of New York, Brooklyn, before Judge Rivera, on behalf of his client who was 53 years old on the date of her accident.  The lawsuit was […]